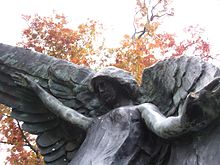 The momentous nature of Jeremy Corbyn’s landslide victory  one year ago should not be underestimated. It has to go down as one of the most sensational and politically earth shattering events in modern British political history – the impacts of which sent tremors throughout the entire establishment. After the announcement was made that Corbyn had won, it was obvious that the smiles, handshakes and applause of the vast majority of the calculating and opportunistic labour elite were as a fake as Blair’s claim that Saddam was about to attack Britain within 45 minutes.

A pointer to the overwhelming inspiration underlying Corbynism was the fact that no less than 160,000 volunteers who seemingly emerged out of nowhere, were recruited to the cause. The grass roots support that Corbyn engendered – by far the biggest of its kind in history – was almost certainly the catalyst that propelled him to victory. Although the activists were mainly young people, they were by no means exclusively so. In fact the demographic was wide ranging.

Corbyn’s straight talking, lucidity, and unambiguous commitment to a programme of anti-austerity brought many older activists who had felt betrayed by the direction the party had gone under Blair, back into the fold. To put Corbyn’s victory into context, he secured a higher percentage of votes than Blair in 1994  Even more significantly, the 554,272 votes he achieved was more than double Blair’s, and no less than 76 per cent of them actually voted, a higher percentage turnout than Blair received.

This suggests that ‘Corbynmania’ is no ‘flash in the pan’. On the contrary, it represents a new hope for people that society can make a great leap forward from the decades of Blairism where nothing happened, to weeks where decades happen. Neoliberal ideology and the cementing of the Red-Tory axis, which for many was perceived to have been fixed and immutable has, with the rise of Corbynism ,the potential to be swept into the dustbin of history. All that is solid really can melt into air.

When Corbyn was first nominated, he was seen by his opponents – both inside and outside the party – as a joke candidate. But an indication of how seriously he has been taken since he became leader is the extent to which the mainstream corporate media and Tory establishment continue to unanimously attack him.

Tories such as Gove, Fallon, Cameron, Osborne and Patel who thought an opposition party lead by Corbyn could only enhance their political careers, were the ones who subsequently read out an unsubstantiated claim contained within what was clearly a widely circulated Whitehall-issued memo which asserted Corbyn was a threat to national security. Gove then went on to misquote the Labour leader by implying he was economically incompetent and an apologist for Osama bin Laden.

The smearing wasn’t restricted to the media and Tories. On the labour side, around twelve MPs ‘lent’ Corbyn their support ostensibly to widen the contest. Blairites such as Margaret Beckett who nominated Corbyn clearly as a tokenistic gesture, described herself as a moron after Corbyn won. His victory had therefore rebounded back in her face.

No sooner had Corbyn’s victory based on clear and unambiguous principles been announced, then threats to resign by ‘modernizing’ frontbenchers followed. According to the Daily Mail at the time of Corbyn’s election victory, among the Labour figures refusing to serve in his team were high profile prominent Blairites Chris Leslie, Tristram Hunt, Emma Reynolds, Vernon Coaker, Michael Dugher, Shabana Mahmood, Mary Creagh and Lucy Powell. I’m sure the Tories will welcome these unscrupulous careerists with open arms.

The resignations were undertaken on the basis that Corbyn’s programme was too ‘extreme’. Is a refusal to be a part of the Labour friend of ethnic cleansing (sorry, Israel) rump within the party ‘extreme’? Is supporting the nationalization of the railways and utilities ‘extreme’?

Is it also ‘extreme’ to oppose nuclear weapons, war, the growing wealth gap and supporting the need for a massive affordable house building programme that benefits the mass of the population? How can it be that as far as the PLP are concerned, all these things are regarded as ‘extreme’, yet the bailing-out of bankers that benefit nobody other than bankers, is not?

It’s precisely the kinds of principles Corbyn espouses that has resulted in the regurgitation of the official/media meme which criticises him for voting against his party 500 times. This is represented as disloyalty. The notion that he might have voted against the Tories, while most of his Blairite colleagues, many of whom are war criminals, voted with them, is quietly forgotten.

The notion that the Blairites within the PLP will willingly work alongside Corbyn after having spent a large part of the past year conspiring against him – despite the elected leader’s continued attempts at reconciliation – is, I would suggest, delusional. If he wins the election on September 24, as expected, it’s almost certain that the war of attrition against him will continue. Any reluctance to act decisively against the destabilizing elements is likely to be seized upon resulting in a possible split within the party.

Corbyn might be banking on the possibility that a newly elected pro-Corbyn NEC will reinvigorate the party further from the grass roots up leading to a dissipation of the Blairites by stealth, akin to the melting of ice enveloped by steam. As the parties grass roots expand, the reliance on corporate funding and large individual donations lessens. This will give more confidence for Corbyn and his allies to expose, as John Moon put it, “the ongoing immoral motivations and machinations of their elected Blairite MPs”, thus initiating the possibility of deselection at the grass-roots level.

A year ago, I heard Ken Livingston on LBC say that under Corbyn the party will unify with little signs of any attempts to undermine him. In terms of the latter, he has been proven wrong. We await the outcome of the former. My fear is that in the absence of any purging of the Blairite clique, the gap between the ideology represented by the elite within the hierarchy of the party and the multitude of its members is so vast, as to be irreconcilable. I strongly suspect that something will have to give as the party moves forward, but we will see.

The idea that a highly principled leader of a party who espouses peace and reconciliation can reconcile two diametrically opposing forces, seems to me to be a bridge too far. But equally, the notion that these irreconcilable forces are able to keep Blairism teetering on the edge of the precipice by its fingernails indefinitely, is as misguided as the insistence that a free-falling object is able to resist the gravitational pull of the earth.

As I type this, I’m watching Corbyn being interviewed by the BBC in relation to the proposed boundary changes against a backdrop in which fellow comrades are seen uniting behind those protesting against the police brutality at Orgreave. A year ago a newly elected Corbyn was protesting at a rally about the terrible treatment of refugees created by Cameron and Blair’s wars. Could, you dear reader, imagine Owen Smith or any of Corbyn’s predecessors post-Michael Foot doing that?