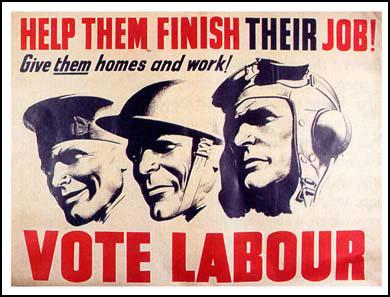 The optimism that surrounded the election of a genuine and principled democratic socialist in Jeremy Corbyn as leader of the Labour opposition following the cynical attempts of right-wing Zionist elements within the PLP to drive a wedge between traditionalists and Blairites using the specter of antisemitism as their ideological weapon, has since receded. Corbyn’s unfortunate capitulation to the pro-Israel lobby represented by the Zionist Labour Friends of Israel that resulted in his ‘comrade’ Ken Livingston being hung out to dry, looks set to reverse the gains the party had hitherto made. The results of the forthcoming local elections will indicate the extent of the damage the calculated attacks on Corbyn’s leadership has done to the party’s fortunes.

The recent appointment of the ultra-Zionist Mark Regev to the role of Israeli ambassador to the UK, has arguably played a part in the instigation of the timely coup ahead of the said elections with the openly anti-Corbyn figure John Mann, operating as the Zionists principal henchman. The pro-Israel lobby, who have a significant financial stake in the Labour party and whose influence spreads throughout the British political establishment more generally, clearly see Pro-Palestinian Corbyn as an anathema to their wider interests viz a viz Israel. Certainly the Hasbara propaganda web site, UK Media Watch, regard the witch-hunt against Corbyn, as well as the attempts by his detractors to disorientate the membership, as ‘a job well done’.

Free from the undue influence of the mass pro-Corbyn Labour membership, the right-wing Blairite rump envisage themselves returning to a ‘business as usual’ cross-party consensus, pro-establishment and imperialist politics whose natural alignment is geared towards the unconditional support of Israel. More broadly, with Corbyn gone, the political establishment will effectively have an unchallenged hand to return to their plundering of state coffers while reinstating their disciplining of the workforce by removing all forms of in-work financial support to them. The gradual real terms reduction of out-of-work benefits by stealth, as well as the undermining of human rights for those who refuse to work in return for their ‘benefits’, means that the Tories will effectively be in a position to force, unhindered, ordinary people to work for anyone, under any conditions, for any amount of money, no matter how small.

These kinds of attacks on the weakest in society are not new. The Poor Law Amendment Act of 1834, for instance, was one of the earliest measures aimed at instilling labour discipline in the new working class. The core principle of the Poor Law, the principle of less eligibility, was aimed at disciplining the working class by ensuring that the alternative to working – the Workhouse, or Poor House – was so awful that workers would accept any jobs and any conditions. The philosopher Jeremy Bentham, who developed the concept of “less eligibility”, according to which poor relief should always be set at below the level of income of the worst paid, argued that:

“Only the cheapest fare should be served in the house: an ample fare might be served only if it did not ‘render the condition of the burdensome poor more desirable than that of the self-maintaining poor.”

Fundamentally nothing has changed between the Poor Law ideology of the 19th century and the political establishments demonization of the poor today. It does not take great political insight to see that the modern equivalent of less eligibility in Britain – and the current ‘stimulus to industry’ – is provided by measures such as the Work Capability Assessment test introduced in April 2013 for those who fail to meet every appointment, and a cap on benefits which means that those on benefits can never receive more than the national average wage, regardless of circumstances. The Tory argument made in support of this, is that British tax payers – in contrast to those on the Europe mainland – subsidize poverty pay through working tax credits and its therefore necessary to remove this subsidy in order to fall in line with Britain’s European partners. But this is a bogus line of reasoning since the UKs comparative European competitors are far more productive than they are in Britain and they earn more. Former Labour MP for Oldham, Michael Meacher, made the point that:

“Britain already has the highest proportion of low-paid workers — ie about a fifth earning less than two-thirds of median earnings, which is the OECD definition of low pay — of any advanced industrial nation, including Japan, Australia and Germany, except the US.”

Although on the surface, the Conservative governments stated intention to phase-in a £9 an hour living (minimum) wage by 2020 sounds progressive, the real intention is to hoodwink the public into thinking this announcement counteracts the affect on the poor resulting from the abolition of working tax credits and the limiting of household welfare payments. Of course, the intended £9 an hour increase in four years time that will likely form one of the main Tory pledges prior to the next election, will be worth a lot less than £9 in real terms. I predict this pledge will be quietly dropped after the election. It’s far more likely that ‘market forces’ will end up determining wages that are likely to have reached a minimum of at least £9 by 2020 anyway, meaning that the supposed introduction of a ‘legal’ minimum is a moot point.

The announcement, therefore, appears to be a move intended to shift the emphasis away from the necessity of the state as provider of welfare to that of ‘private wealth facilitator’. It’s evident to me that this shift is part and parcel of a Tory strategy to abolish the welfare state altogether by stealth, thus counter-intuitively bringing forth the potential for a deeper capitalist crisis and civil disorder sooner than perhaps many people anticipate. Meanwhile, the absence of a significant increase in the minimum wage to ameliorate the impacts of further cuts, will likely result in widespread homelessness and hardship for the poorest in society of a kind not experienced in mainland Britain since the Victorian era.

It would appear that the Tories are intent to make life so intolerable for the poor so as to push them towards something akin to a real revolutionary transformation of neoliberal capitalism. Although the vast majority of ordinary people – particularly the young – have not yet been reduced to the levels of extreme poverty witnessed in many of the countries of the developing world, the trajectory is nevertheless heading in that direction. Given that the Labour opposition to Tory welfare cuts prior to the last General Election were non- existent, Osborne’s decision to introduce the £9 living wage sounded by many to be a comparatively revolutionary concept – which said a lot about the depressing nature of the Labour Party under Ed Miliband’s leadership as well as the British political scene in general at that time.

A week is a long time in politics and the eight months since Corbyn’s shaking-up of the consensus now seems like a lifetime ago. Personally, I will be surprised if he will be able to ride out the current contrived ‘antisemitic’ storm intact in spite of his justifiable claims to the contrary predicated on an intention to fulfill the mandate entrusted to him by the people. Within the current Zionist political landscape dominated by the power of money, democratic mandates sadly mean very little. I am clear in my own mind that the establishment attacks on Corbyn and Livingston amount to a form of revenge, not only for their opposition to ruling class political violence on those least likely to be able to defend themselves, but also for their strident opposition to Zionist imperialist wars and the colonial settler Israeli state for which all the factors described above are deeply implicit.

What upsets the political and media establishment the most, is the fact that both Corbyn and Livingston have been vindicated on these core issues while, by contrast, many of their critics have been exposed for their duplicitous lies and deceits. It seems likely that the concerted attempts by the pro-Israel lobby under the tutelage of John Mann and his fellow Zionist cohorts to purge Corbyn and Livingston from the Labour party will continue until the coup attempt has been achieved.

The claims of widespread antisemitism within the party are an obvious smokescreen as a basis in which to discredit all legitimate support for the Palestinians by influential or prominent figures both inside and outside the party. The deliberate misrepresentation of the views of Craig Murray by the Daily Mail’s Jake Wallis Simons – one of the many Zionists at the forefront of the anti-Corbyn campaign – is an example of the latter. Unfortunately, I have very little hope in the ability of the wider UK population, come this Thursday’s local elections, to see through the pro-Zionist corporate media headlines and lies. I hope I’m proven wrong.