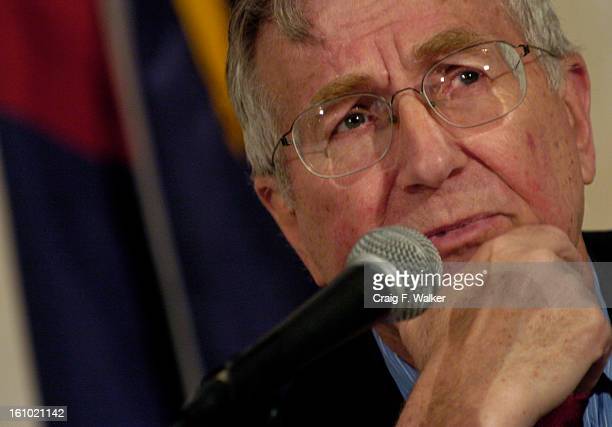 The latest revelation by Pulitzer Prize winning investigative journalist, Seymour Hersh countering the prevailing orthodoxy that President Bashar al-Assad of Syria was responsible for the alleged sarin gas attack on the town of Khan Sheikhoun in Idlib province in Syria on April 4, 2017 adds to the long list of prominent dissenting voices that include Postol, Blix, Giraldi, Porter, Parry, Pilger, Wilkerson, Ritter, Oborne, Hitchens and others.

The fact that not a single mainstream news outlet in the UK is prepared to touch a story by one of the most renowned investigative journalists in the world, is indicative of a form of censorship by omission that in the words of journalist Jonathan Cook amounts to “nothing less than propaganda in service of a western foreign policy agenda trying to bring about the illegal overthrow of the Syrian government.”

The official narrative, repeated in the Guardian, in which the Assad government is said to have “deployed chemical weapons including chlorine and sarin on a number of occasions..” is being exploited by Trump as justification for more US bombing raids inside the country. On June 28, 2017 the US warned Assad that “he and his military will pay a heavy price” if “another” attack takes place.

The corporate mass media covered the US warning extensively. But at no point have they sought to examine Hersh’s alternative account or, previous to that, the kind of testimonies highlighted in my piece three months ago. Quite the opposite. They continue to cling to the demonstrably false narrative that Hersh has belatedly helped to debunk.

Writing for a German news outlet, Hersh reiterated what many of us have strongly suspected for months. Members of the US intelligence community close to Hersh told the journalist that a Syrian plane dropped a bomb on a meeting of jihadi fighters in the rebel-held town, Khan Sheikhoun. This, according to Hersh’s sources, triggered secondary explosions in a storage depot. The explosions resulted in the release of chemicals into the atmosphere that killed civilians nearby.

As welcome as Hersh’s recent announcement is, his alternative narrative had in fact began circulating within the blogosphere three days after the alleged attack. On April 12, I published an article in which I cited various corroborated sources, some of which closely matched Hersh’s version of events, almost three months before the renowned journalist’s expose.

Mentioned nowhere else that I’m aware of, I highlighted the testimony of Syrian-based journalist, Tom Dugan. Mr Dugan, who has been living in Damascus for the last four years, claimed one day after the alleged gas attack, that no such incident happened. Rather, he asserts that the Syrian air force destroyed a terrorist-owned and controlled chemical weapons factory mistaking it for an ammunition dump, and “the chemicals spilled out.”

Mr Dugan’s version is markedly similar to the analysis of former DIA colonel, Patrick Lang Donald who, on April 7, 2017 said:

“Trump’s decision to launch cruise missile strikes on a Syrian Air Force Base was based on a lie. In the coming days the American people will learn that the Intelligence Community knew that Syria did not drop a military chemical weapon on innocent civilians in Idlib. Here is what happened:

A third similar account was proffered by another retired Colonel – Lawrence Wilkerson, who was former chief of Staff to General Colin Powell. Here’s what he said in an interview:

“I personally think the provocation was a Tonkin Gulf incident….. Most of my sources are telling me, including members of the team that monitors global chemical weapons –including people in Syria, including people in the US Intelligence Community–that what most likely happened …was that they hit a warehouse that they had intended to hit…and this warehouse was alleged to have to ISIS supplies in it, and… some of those supplies were precursors for chemicals….. conventional bombs hit the warehouse, and due to a strong wind, and the explosive power of the bombs, they dispersed these ingredients and killed some people.”

The corroborated testimony above exposes the media’s attempts to take at face value Pentagon propaganda.

On April 12, 2017 Media Lens cited Philip Giraldi, a CIA counterterrorism official from 1976 to 1992, who has an impressive track record in exposing fake government claims. Giraldi commented:

“I am hearing from sources on the ground, in the Middle East, the people who are intimately familiar with the intelligence available are saying that the essential narrative we are all hearing about the Syrian government or the Russians using chemical weapons on innocent civilians is a sham. The intelligence confirms pretty much the account the Russians have been giving since last night which is that they hit a warehouse where al Qaida rebels were storing chemicals of their own and it basically caused an explosion that resulted in the casualties.

“Apparently the intelligence on this is very clear, and people both in the Agency and in the military who are aware of the intelligence are freaking out about this because essentially Trump completely misrepresented what he should already have known – but maybe didn’t – and they’re afraid this is moving towards a situation that could easily turn into an armed conflict.”

“These are essentially sources that are right on top of the issue right in the Middle East. They’re people who are stationed there with the military and the Intelligence agencies that are aware and have seen the intelligence. And, as I say, they are coming back to contacts over here in the US essentially that they astonished at how this is being played by the administration and by the media and in some cases people are considering going public to stop it. They’re that concerned about it, that upset by what’s going on.”

“There was an attack but it was with conventional weapons – a bomb – and the bomb ignited the chemicals that were already in place that had been put in there. Now bear in mind, Assad had no motive for doing this. If anything, he had a negative motive. Trump said there was no longer any reason to remove him from office, well, this was a big win for him [Assad]. To turn around and use chemical weapons 48 hours later, does not fit any reasonable scenario, although I’ve seen some floated out there, but they are quite ridiculous.”

The only apparent difference between the first two accounts above and Hersh’s is that the US journalist insists the Syrian’s dropped a bomb on jihadi’s which then triggered a second explosion at the storage dump rather than hitting it directly. The third version (Giraldi’s), appears to be identical to Hersh’s.

Another prominent figure to have come out publicly against the official narrative is Scott Ritter. The US weapons expert who in 1998 revealed that Saddam’s weapons capability had been effectively depleted, fact-checked Hersh’s findings (and by extension Giraldi’s) and found it to be creditable. Ritter also adds some “insights” of his own by suggesting the public is being played like a violin by both western governments and a compliant corporate media.

Most of the information Ritter provides, as welcome as it is, is not new. His “revelations” about the White Helmets, for example, tread over familiar territory, as does his repeating of the chain of custody issues that surround the OPCW and the narrative of regime change. The only genuine insight Ritter presents, is the nature of chemical ordnance after it has been detonated. Ritter argues that its component parts would be easily identifiable and be deposited in the immediate environs. None of these parts have been found.

While the “revelations” of Hersh (and Ritter) are extremely welcome and add to the numerous voices critical of the official narrative, they are not, in the main, original as characterized by some social media sites and journalists. I believe it’s important to point this out in order to give proper credit to the likes of Tom Dugan and Patrick Lang Donald whose voices are less prominent but who nevertheless exposed the media lies three months before Hersh.

I rely on the generosity of my readers. I don’t make any money from my work and I’m not funded. If you’ve enjoyed reading this or another posting, please consider making a donation, no matter how small. You can help continue my research and write independently..… Thanks!