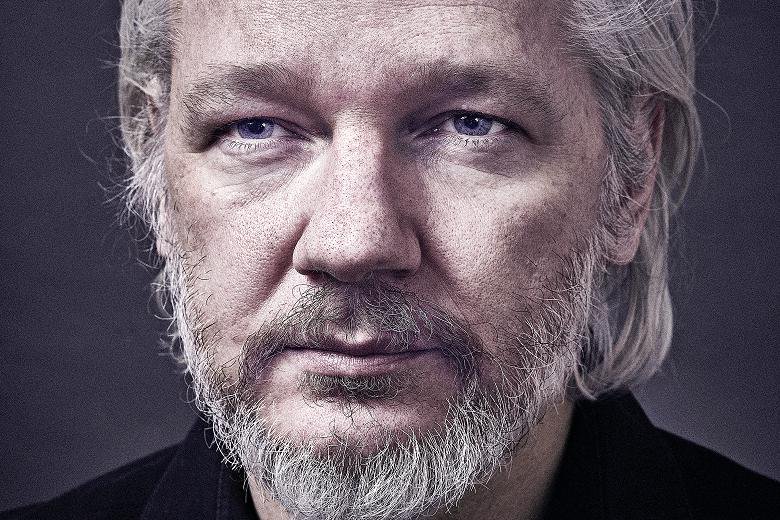 December 7, 2010, was the day Wikileaks founder, Julian Assange lost his liberty following the accusation of rape against him in Sweden. Throughout the intervening six years, Assange has been willing to give a statement to the Swedish authorities, either by receiving officials in the UK or over telephone or video link, which is the routine method of carrying out questioning.

Ten months ago, the UN adjudged  that the effective imprisonment of Assange in the Ecuadorian embassy in London was unlawful. This legally binding judgement was a vindication of all those activists who have supported the quest of the Wikileaks founder to bring into the public domain the illegalities of Western power.

Upon the release of the UN ruling, one of the leading political gatekeepers of the said powers, then UK foreign secretary, Phillip Hammond, did his utmost to publicly undermine the findings of the UN body – of which the UK government is a signatory – by attempting to deceive the British people. What was shocking was the extent to which Hammond was prepared to sink in order to attempt to justify the unjustifiable at the behest of his masters in Washington.

“I reject the decision of this working group. It is a group made up of lay people and not lawyers. Julian Assange is a fugitive from justice. He is hiding from justice in the Ecuadorian embassy.”

Hammond’s statement was a blatant lie. Every single one of the UN panel is an extremely distinguished lawyer. According to Edward Snowden, Hammond is writing “a pass for every dictatorship to reject UN rulings.” Craig Murray stated that, “Countries who have ignored rulings by this UN panel are rare. No democracy has ever done so. Recent examples are Egypt and Uzbekistan. The UK is putting itself in pretty company”, he said.

Previous rulings by the panel have gone against countries with some of the world’s worst human rights records, such as Saudi Arabia, Myanmar and Egypt. Recent cases where the UN has ruled in circumstances in which individuals have similarly been detained, include the Washington Post journalist, Jason Rezaian in Iran in December, 2015 and former pro-democracy president Mohamed Nasheed two months previously (both subsequently released).

On 30 November 2016, the United Nations rejected the UK’s attempt to appeal the UN’s February ruling in favour of Julian Assange. The decision made ten months ago therefore stands. The UN instructed that UK is once again required to immediately put an end to Assange’s arbitrary detention and to take immediate steps to ensure his liberty and enjoyment of fundamental human rights are re-established. Having reached the end of the legal road, the UK government is compelled to release Assange from his six years of illegal detention.

justice4assange.com provides some background to the case:

“Julian Assange, editor-in-chief of WikiLeaks, has been detained without charge in one form or another since 7 December 2010…In Sweden, Julian Assange is not charged with a crime. But in a highly unusual move, Sweden issued an Interpol Red Notice and a European Arrest Warrant, immediately after WikiLeaks began publishing a cache of 250,000 US Diplomatic Cables on 29 November 2010. Such warrants are usually issued for persons whose whereabouts are unknown. But Julian Assange’s whereabouts were known (he had given a press conference and hundreds of interviews in London). His lawyers were in communication with the prosecutor and had communicated that he was available to answer questions from the Swedish prosecutor through standard means.”

“Questioning people within European borders is a routine and uncomplicated process, which is standardised throughout the European Union. Sweden often uses these means to question people. In the initial ten days after 20 August 2010, the police opened the ’preliminary investigation’, it was assigned to three different prosecutors in quick succession. The penultimate prosecutor found that the case had no basis, and that there were no grounds to place Julian Assange under a criminal investigation.”

The context of the ruling vindicating the Wikileaks founder stems from the fact that he has never been charged with any offence. The UN findings confirm that his detention has been unlawful since his very first arrest in the UK in 2010 and that there has never been any genuine attempt by the Swedish authorities to investigate the allegations against him. For all those commentators who have been following the case closely, it has been obvious that from the outset the establishment have had it in for Assange. The rape allegations were the Casus Belli.

This was given credible weight early on by Naomi Wolf, a prominent American writer, feminist and social commentator, who argued that the allegations against Assange bore all the hallmarks of a set-up. This was further elaborated on by Craig Murray who thoroughly demolished the case against Assange. As John Pilger outlined, the reality is, there was no genuine judicial process in train against Assange in Sweden, a point that was advanced by Assange’s lawyers before the UK supreme court:

“The Assange case has never been primarily about allegations of sexual misconduct in Sweden – where the Stockholm Chief Prosecutor, Eva Finne, dismissed the case, saying, ‘I don’t believe there is any reason to suspect that he has committed rape’, and one of the women involved accused the police of fabricating evidence and ‘railroading’ her, protesting she ‘did not want to accuse JA of anything’ – and a second prosecutor mysteriously re-opened the case after political intervention, then stalled it.”

Finne’s dismissal of the case against Assange has since been vindicated by the release of SMS records which appear to indicate that the Wikileaks founder was, as Stockholm’s Chief Prosector suggested, framed by the police. Indeed, the police themselves admit that the rape allegations were fabricated in what they concede was an elaborate plot against Assange.

Given the astounding level of misinformation, demonization, smears, deceptions and outright lies in the mainstream corporate media’s reporting of Assange, an observer unfamiliar with the case might reasonably form the impression that the man in question is the devil incarnate, who is using his work as a cover in order to avoid facing justice for the crime of rape.

Some of these commentators, it would appear, have seen fit to pronounce a verdict of guilty on the head of the whistle blower in advance of any hypothetical future trial. The self-appointed Witch finder General, Joan Smith from London Women against Violence, for example, virtually alluded to Assange’s guilt with a series of crass pseudo-psychologically-based observations and insinuations.

Much of the vitriol stems, not from the traditional right-wing of the media terrain, but rather from what many people consider to be the liberal-left of the political spectrum. Owen Jones, for example, who appears to be the latest poster boy for left wing opinion throughout the corporate media, penned, in August 2012, an article for the UK’s Independent newspaper, titled “There should be no immunity for Julian Assange from these allegations.”  But Jones’ inference that diplomatic immunity is a feature of the Assange case is, in reality, a red-herring since neither Assange, his supporters, legal team or anybody else outside the media bubble, have ever suggested that his case is predicated on a claim of immunity.

The lie was repeated by the legal expert, Joshua Rozenberg, presumably in an attempt to add a certain degree of gravitas to the claim. The truth is that all Assange has ever requested from the outset, is a guarantee from the Swedish authorities that if he agrees to travel to Sweden to answer the rape allegations made against him, he won’t be extradited to the United States. Assange’s request for this assurance from Sweden is supported by Amnesty International. However, the Swedish authorities have consistently failed to give Assange such an assurance.

Despite all this, the Sky News journalist and LBC stand-in presenter, Tim Marshall, implied that callers to his programme on February 5, 2016, who suggested that should Assange step foot outside the Ecuadorean embassy, he would ultimately be extradited to the U.S predicated on the trumped up charge of rape and subsequently be imprisoned, were mad conspiracy theorists. The incandescent, Marshall, is apparently unaware of the case of Chelsea Manning who was imprisoned for 35 years in 2013 for leaking information to WikiLeaks.

He is also seemingly unaware that, according to Edward Snowden, Assange is on a US “manhunt target list” or that the Independent revealed that both the Swedish and American governments’ have already discussed Assange’s onward extradition. If Marshall had bothered to avail himself of the views of Mats Andenas, the Norwegian chair of the UN Working Group for much of its investigation, he would have realized that the panel had to resist intense pressure from the US and UK to arrive at a decision contrary to the one they actually reached.

Marshall’s tone throughout was one of incredulity that the “liberal” Sweden would place Assange at risk of extradition to the US or for that matter that the latter under the liberal-progressive Obama, could ever preside over an administration that has imprisoned more whistle blowers than all his predecessors combined. In terms of the former (something else that Marshall is apparently oblivious to), is the subject matter of Amnesty International’s 2013 report which highlights Sweden’s damning record of extraditing people to other countries and its cooperation with the US in extraordinary renditions.

Jonathan Cook sums up just how far down the perilous road towards fascism our governments’ and their accomplices in the media are prepared to go in order to augment the interests of the powerful:

“The degraded discourse about the UN group’s decision does not just threaten Assange, but endangers vulnerable political dissidents around the world. The very fact that…[liberal media commentators]… are so ready to sacrifice these people’s rights in their bid to tar and feather Assange should be warning enough that there is even more at stake here than meets the eye.”

In a humane and fair world, it would be incumbent upon the media horde who have unjustly smeared Assange, to admit they were wrong and publicly apologize to him and his supporters, all of whom have been vindicated by events. But not only have no such apologies been forthcoming, the commentariate at the Guardian have actually continued with the smears.